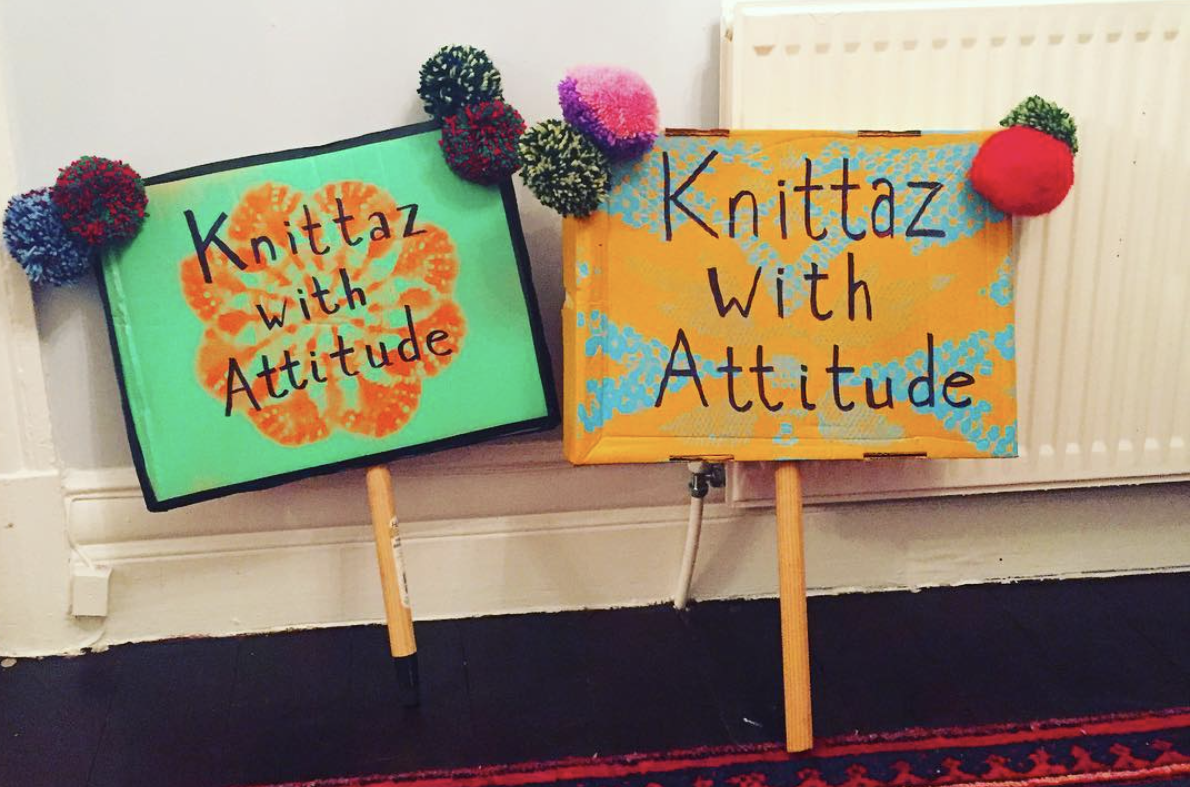 Join Aunty Social’s Knittaz With Attitude and make your own mini wall hanging.

Inspired by the current exhibition, we’ll explore a number of embroidery and tapestry techniques that combine the traditional with the contemporary and play with bold colour palettes, unusual textures and striking shapes.

Free, drop-in workshop (call in any time from 2pm)
All equipment and materials provided

After four years touring the world, Blackpool,now gets its opportunity to host this exciting Arts Council Collection touring exhibition, and as the last venue of an extensive tour, don’t miss this final opportunity to see it in its current form.

This series of six large-scale tapestries by Turner Prize winner Grayson Perry sees the artist exploring his fascination with taste and the visual story it tells of our interior lives. Inspired by William Hogarth’s moral tale, A Rake’s Progress (1732–35) the tapestries are composed of characters, incidents and objects Perry encountered while gathering inspiration for the television series, ‘All in the Best Possible Taste with Grayson Perry’ which first aired on Channel 4 in June 2012. Elevating the common place dramas of everyday life, Perry weaves the characters that he meets into a narrative every bit as acute as that in Hogarth’s 18th century paintings.