All posts in Pop-up Picturehouse 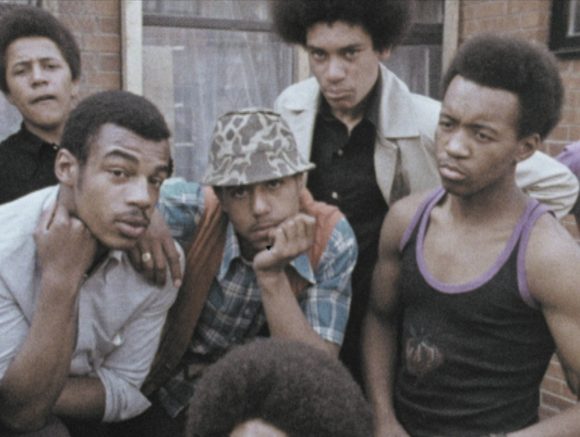 Celebrate the beginning of Black History Month in style with AFRA Blackpool.

Join us on Saturday 5 October to enjoy delicious Caribbean food, experience a live performance from Tidal Beats Community Drumming and dance the night away to brilliant sounds from Blackpool Radio’s Lukie-d Ms-Cruger

Try your luck at the prize raffle or pick up a beautiful souvenir from the Blackpool Gambia School Project jewellery stall.

It’s an event not to be missed!

Join us as we explore a collection of archive films showing the  history of black Britain throughout the 20th century.

Bringing together films spanning 1901 to 1985 and taken from many different regions of the UK, it offers incredibly rare, little-seen and valuable depictions of black British life on screen.

Watch miners in the collieries of Edwardian Lancashire and Yorkshire; and soldiers from across the Empire joining the services to fight for King and ‘mother country’ in World War I. See rare colour footage of multi-racial Cardiff in 1957, a Nigerian wedding in Cornwall in 1964, and touching interviews with black school leavers in 1965; witness growing racial tensions on a Liverpool housing estate and in New Cross, London; communities in search of their roots and partying on the streets of Notting Hill during Carnival.

Revealing new voices from across a century of vast and turbulent social change in the UK, Britain on Film: Black Britain not only offers audiences the chance to explore stories of migration, community and the struggle against inequality – but also an opportunity to celebrate vivid black British life and culture on screen.

Tickets: Free, optional donation on the door. Booking is essential. 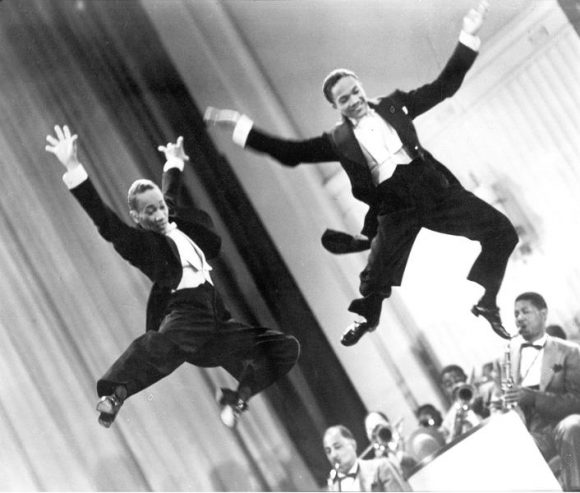 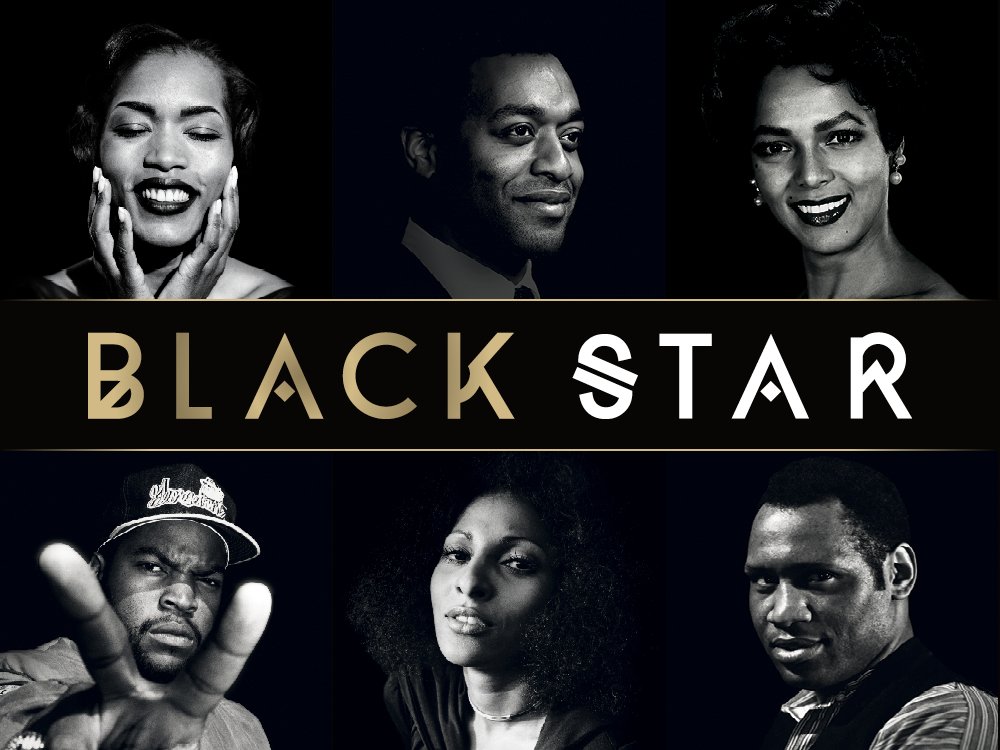 We’re pleased to announce that we will be hosting an immersive screening of the 1943 musical Stormy Weather as part of the British Film Institute Black Star season.

We are looking for volunteers to take part in our live cinema event at the Winter Gardens, Blackpool.

This event cinema screening takes place in the Grand Foyer of heritage venue Blackpool Winter Gardens. The venue will be set up as an early 1940’s nightclub. There will be cocktails on arrival and a swing/jive party accompanied by a live band after the screening.

You will be in character as customers and staff of a 1940’s nightclub and will be based in the Opera House entrance, Cocktail Bar and the Grand Foyer.

You don’t need any previous acting experience and you will not need to learn a script. Costumes will be provided, or if you have suitable 1940’s clothing, you can wear your own costume.

There will be a workshop session to:

Workshop sessions (you will need to attend one of these):

About the film
Stormy Weather (1943) is an American musical film. Featuring Lena Horne, Bill ‘Bojangles’ Robinson, Cab Calloway, Fats Waller and the Nicholas Brothers; it’s a who’s who of Hollywood’s best African-American performers from the 1940s. It’s an unusual film because at this time, African-American actors and singers rarely appeared in lead roles in mainstream Hollywood productions, especially those of the musical genre.

Stormy Weather is based upon the life and times of its star, dancer Bill “Bojangles” Robinson. Robinson plays Bill Williamson, a talented dancer who returns home after fighting in World War I and tries to pursue a career as a performer.

Black Star is the UK’s biggest ever season of film and television dedicated to celebrating the range, versatility and power of black actors. Black Star explores the relationship between stars and the audiences who love them, spotlighting great performances by black actors on screen.

If you would like to take part, please complete this online form by 20 October 2016.

This is a fantastic opportunity to work on a fun and exciting BFI project.

For any more information, please send us an email.

Sing along West Side Story 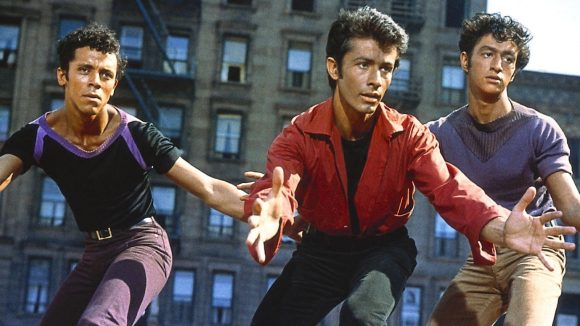 Join Aunty Social for a special sing along screening of West Side Story this May. Winner of ten Academy Awards, including Best Picture, this electrifying musical sets the timeless tragedy of Romeo and Juliet in steamy New York.

You are invited to witness this tragic and exhilarating story of star-crossed lovers Tony (Richard Beymer) and Maria (Natalie Wood), caught in the middle of mounting tensions between rival gangs the Jets and the Sharks.

The screening is part of the BFI presents: Shakespeare on Film, a spectacular UK-wide series of 300 special screenings and events celebrating the enormous impact the playwright’s life, work and legacy has had on cinema. BFI Presents: Shakespeare on Film will see multiplexes, independent cinemas, film clubs, pop-ups and community venues the length and breadth of the UK enticing audiences with a broad range of must-see filmic interpretations of Shakespeare’s work and special events featuring leading cinematic lights.

The screening of West Side Story will take place at 7:30pm at Odeon Blackpool (Rigby Road), tickets are priced at £5 and are available online or can be bought from the Odeon. Songs will be subtitled for audience participation. With Jerome Robbins’ famous, athletic and exciting dance sequences and the incredible Leonard Bernstein and Stephen Sondheim score, it’s Romeo and Juliet retold as a modern musical classic.

For more information on Shakespeare on Film, visit the BFI’s website. 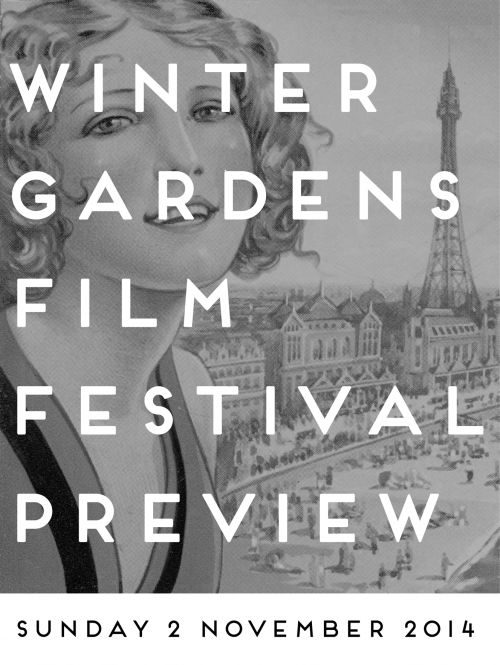 The Winter Gardens Trust in association with Aunty Social is hosting a Film Festival preview day on Sunday 2nd November. The event will showcase and promote the development of a new black and white film festival for the town and the first film we’ll be showing is Metropolis, the 1927 sci-fi classic directed by Fritz Lang. Metropolis was first screened in Blackpool in the Winter Gardens Pavilion on Sunday 2nd October 1927. In keeping with this, we’ll also be featuring Donald McKenzie, resident organist at the Odeon Leicester Square on the Opera House’s mighty Wurlitzer organ playing the 1927 score which will make the event even more special.The programme will also include an evening double bill of psychological and supernatural thrillers Rebecca (1940) and The Innocents (1961).Tickets Prices:Metropolis, 2pm – £6.00 Double bill: Rebecca, the Innocents 6pm – £4.00 Tickets available from the Opera House Box Office.

Screening for my valentine

Pop-up Picturehouse presents a special Valentines Day screening of Breakfast At Tiffany’s (1961).  This is a rare chance to see this romantic classic on the big screen at Stanley Park Visitor Centre.

Tickets are £5.00 per person and will include a glass of fizz and chocolates on arrival.
A selection of snacks, drinks and treats will be available.

A limited number of tickets will also available on the door, so do arrive early!

Wordpool 2012 is Blackpool Council’s 6th Annual Festival of Words. The Festival is managed by Blackpool Council’s Arts and Library Services.Wordpool development and delivery is overseen by the Wordpool Steering Group, which includes representatives from strategic partners, Wordpool volunteers and delivery partners, community organisations, schools and colleges and arts and library staff.

Aunty Social is pleased to be taking part in Wordpool and will be hosting the following events as part of the programme:

A double bill of black and white gothic horror from the vault.

A rare chance to see two classic horror films:
Nosferatu (1922) and Frankenstein (1931) on the big screen in the wonderful setting of the Winter Gardens Pavilion. To match the atmospheric venue, we are asking you to dress up. Prizes for the best dressed!
Take a look at the event page.

An evening with Dave Kirkwood, founder of 3hundredand65, a graphic novel, created on Twitter, one day at a time in aid of the Teenage Cancer Trust.

Includes a Q&A, a chance to look through the project sketchbooks and fundraising auctions and competitions with prizes such as pieces of contemporary art and Wordpool goodies. There’s also a bakesale!

A diary with a difference, locals and visitors will contribute to a photo diary of Blackpool via Twitter. Take a photograph of/in Blackpool at 31 minutes past any hour and tweet it using the hashtag #31days. Remember to follow @_AuntySocial_

Aunty’s Pop-up Picturehouse project will be taking a trip back to the 80’s at the film screening this Wednesday evening (6pm, 18th April) at Blackpool Central Library.

So put your hi-tops on and head on down to China Town.  The fortune cookies are on us!

To come to the free screenings, you will need to join the email distribution list (part of the Eventbrite ticket request). For more information, visit the Pop-up Picturehouse Facebook page or go straight to Eventbrite

So are you ready?…We were born ready.

To come to the free screenings, you will need to join the email distribution list (part of the Eventbrite ticket request). For more information, visit the Pop-up Picturehouse Facebook page or go straight to Eventbrite

Pop-Up Picturehouse: Get animated for the January Screening!

Join us at 6pm on Wednesday 18th January 2012 for our next film screening at Blackpool Central Library.

For more information on our feature film and to reserve tickets, please visit our Eventbrite or Facebook page.

Join us at 6pm on Wednesday 21st December for our Christmas film screening at Blackpool Central Library.

There will be refreshments and a few cheeky-sneaky Christmas craft activities.  For more information and to reserve tickets, please visit our Eventbrite page.